Hummingbird wins both races in the SW Formula 24 Heats 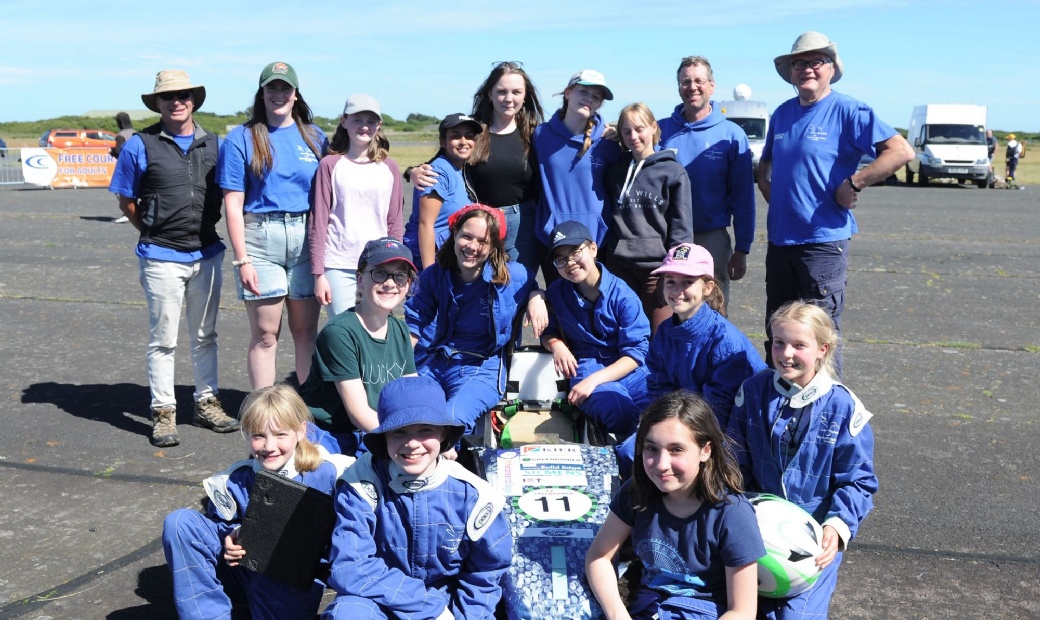 We are delighted to announce that our Hummingbird Team have won both races in the SW Formula 24 heats and the Sustainable Award, earning them a position in the Goodwood final later this year!

On Wednesday 15th June 2021,  14 teams from across the southwest pitted their skills against each other during the racing at the navy’s Predannack Airfield, on the Lizard Peninsula in Cornwall, assisted by engineers from nearby RNAS Culdrose. 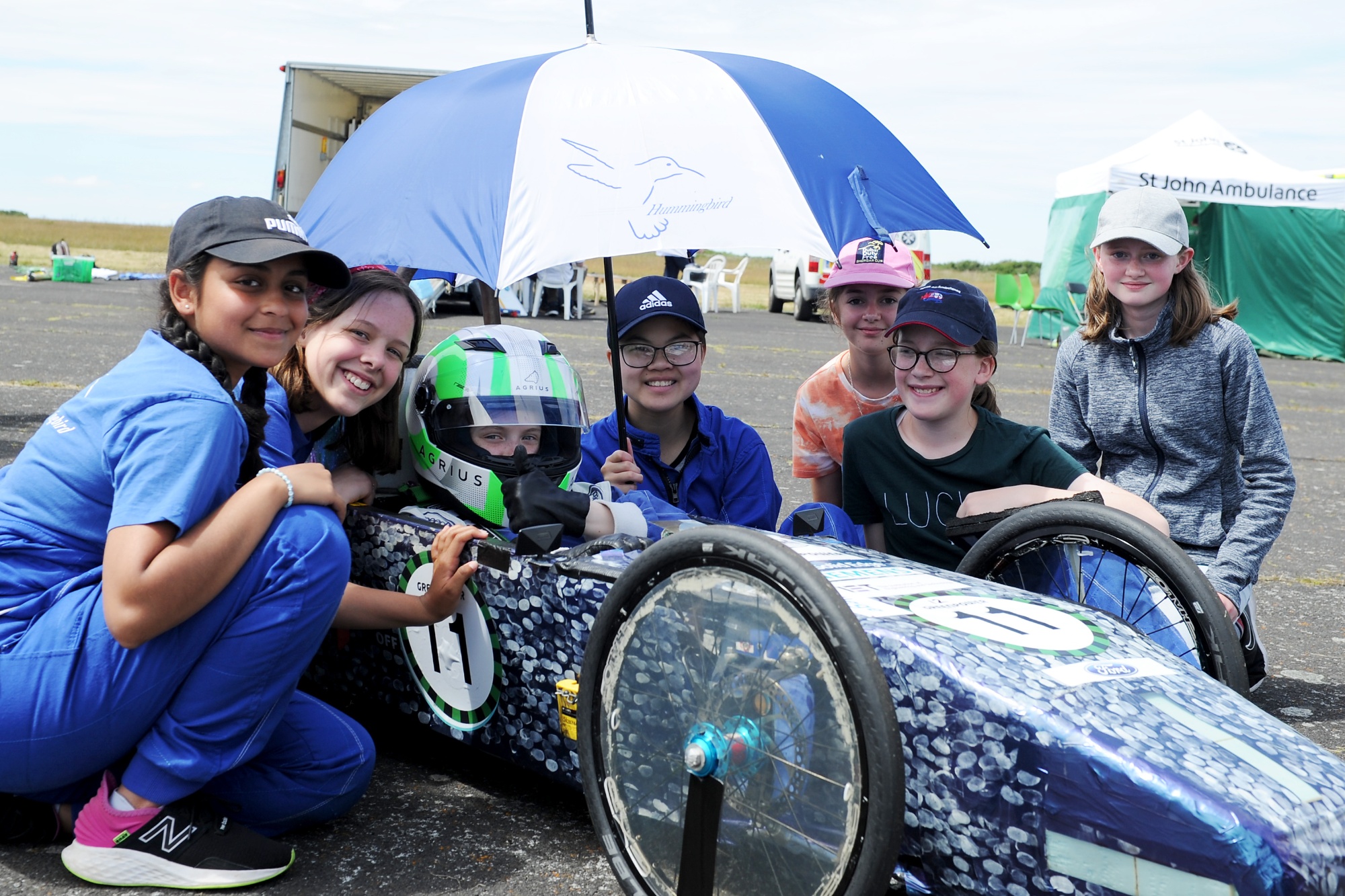 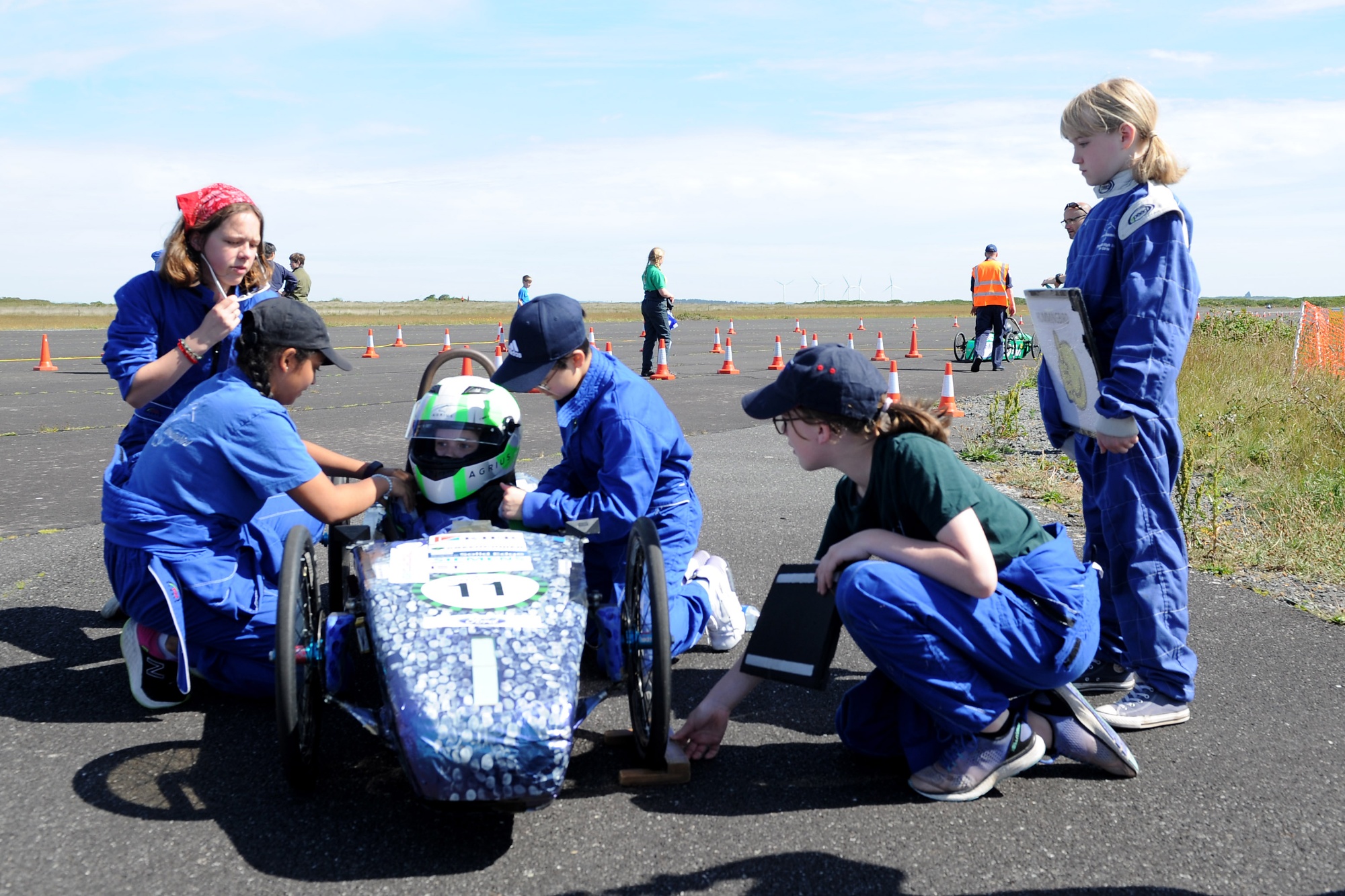 Factors the team have to take into consideration is the weight and shape of the car, with the drivers laying as low as possible to ensure Hummingbird remained streamline and ensuring they drove the car as smooth as possible.

The engineering team were careful to ensure no material was loose, the components were aligned and working correctly and stuck down anything that could flap around with precision.

The conditions of the track have to be carefully considered and the new drivers, along with the experienced pit and performance team had to judge how quickly they could go whilst using the least amount of energy whilst having to negotiate the corners and the most efficient way to overtake their competitors.

The communication between all the teams is paramount to Hummingbirds success, and this race was no exception. 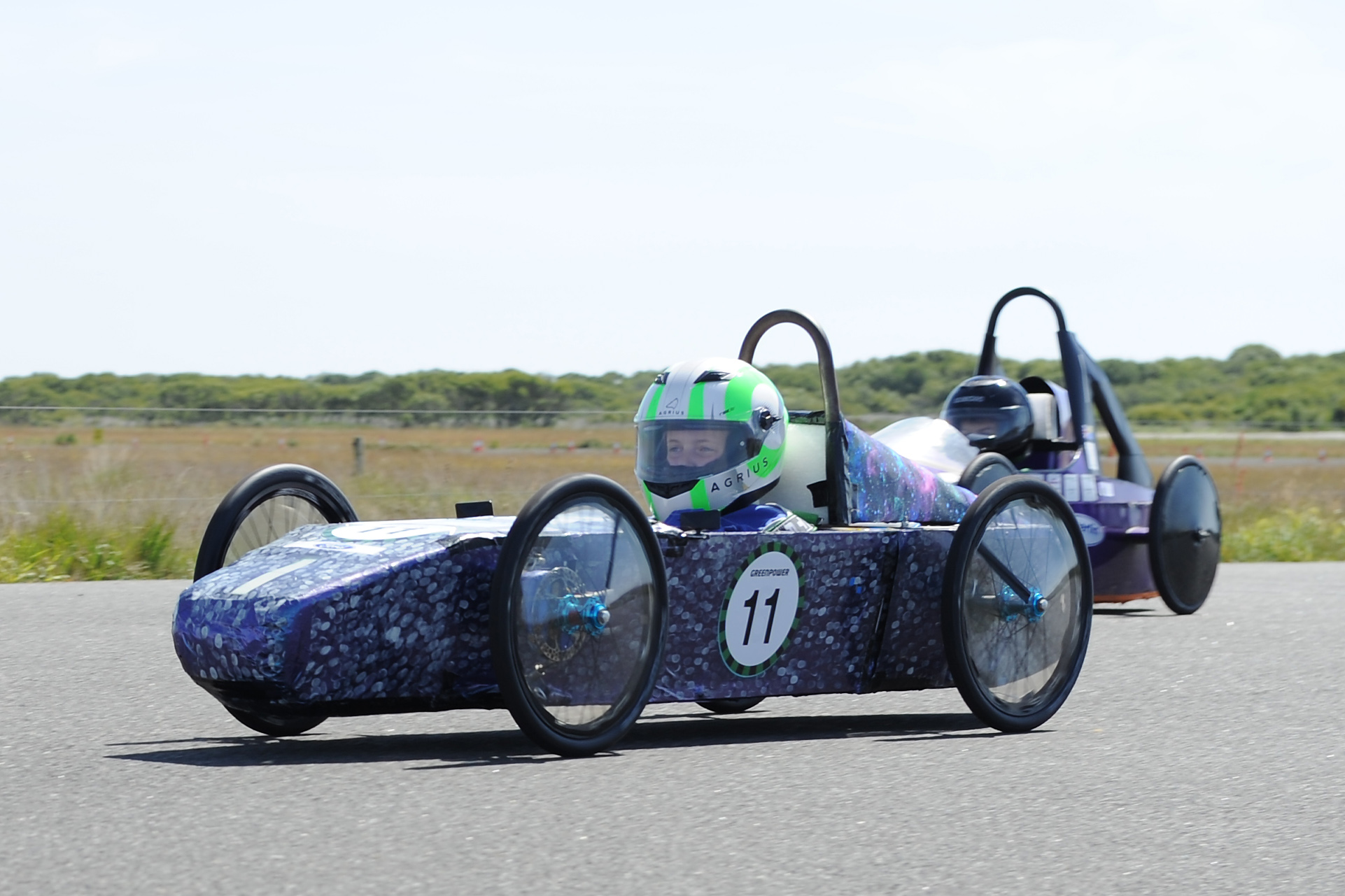 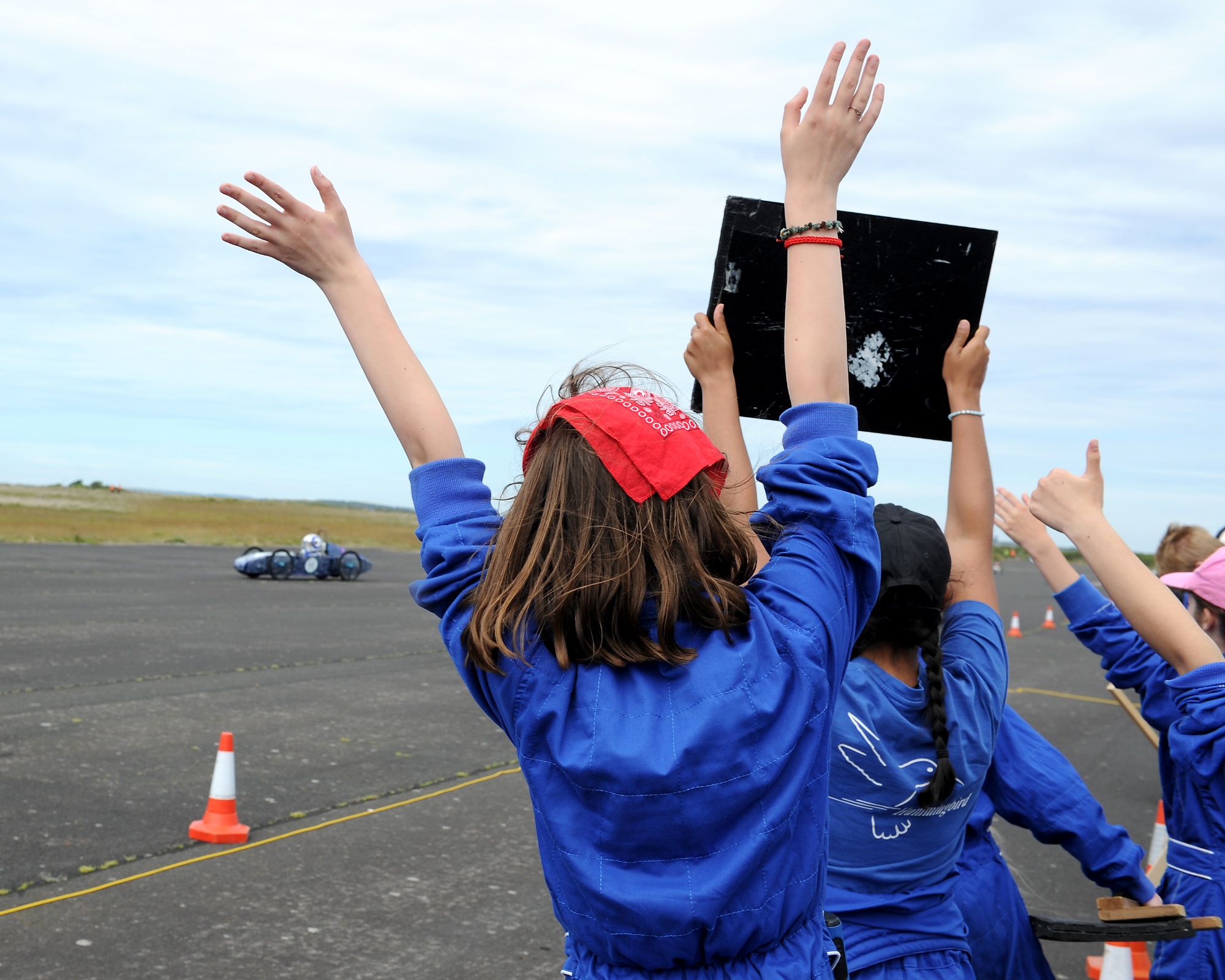 This was our new drivers first race of the season and there was no time for nerves as the team arrived at the racetrack during the practice laps due to an unfortunate minibus breakdown on the way to the track. The performance team did a wonderful job of adapting their original plans and switched the drivers around to ensure that our least experienced got as much time a possible out during the practice laps. The pit team arrived with lightning speed, getting the car ready for racing and a driver in ready to go within minutes of arriving at the track so no precious time was wasted.

Following the practice, they analysed their data and the Team felt quietly confident that their tactics would secure them a winning spot. The blistering heat of the day was a challenge for all of the Team, with the tarmac and tyres being at an optimum temperature, Hummingbird flew around the track. Some of our drivers experienced their first 'spins' in the car and some 'nail bitting' overtaking had the spectators on the edge of their seats. At half time, the team knuckled down and Dr VanEs led some on site training to help the driver's negotiate the troublesome corners. The second race was a joy to watch with drivers growing confidence, the pit team experience and the brains of the performance team saw Hummingbird glide through the checker flag, triumphant.

Our new driver Jess completed our fastest lap, negotiating the 0.8mile track in only 44 seconds! Incredible!

Hummingbird's dexterity to race on different surface conditions was a key component for this racetrack. This is something that our engineer's and design team keep in mind when designing Hummingbird. As a disused airfield the track was much bumpier than expected and this gave Hummingbird the edge which rewarded them with winning both of their races. 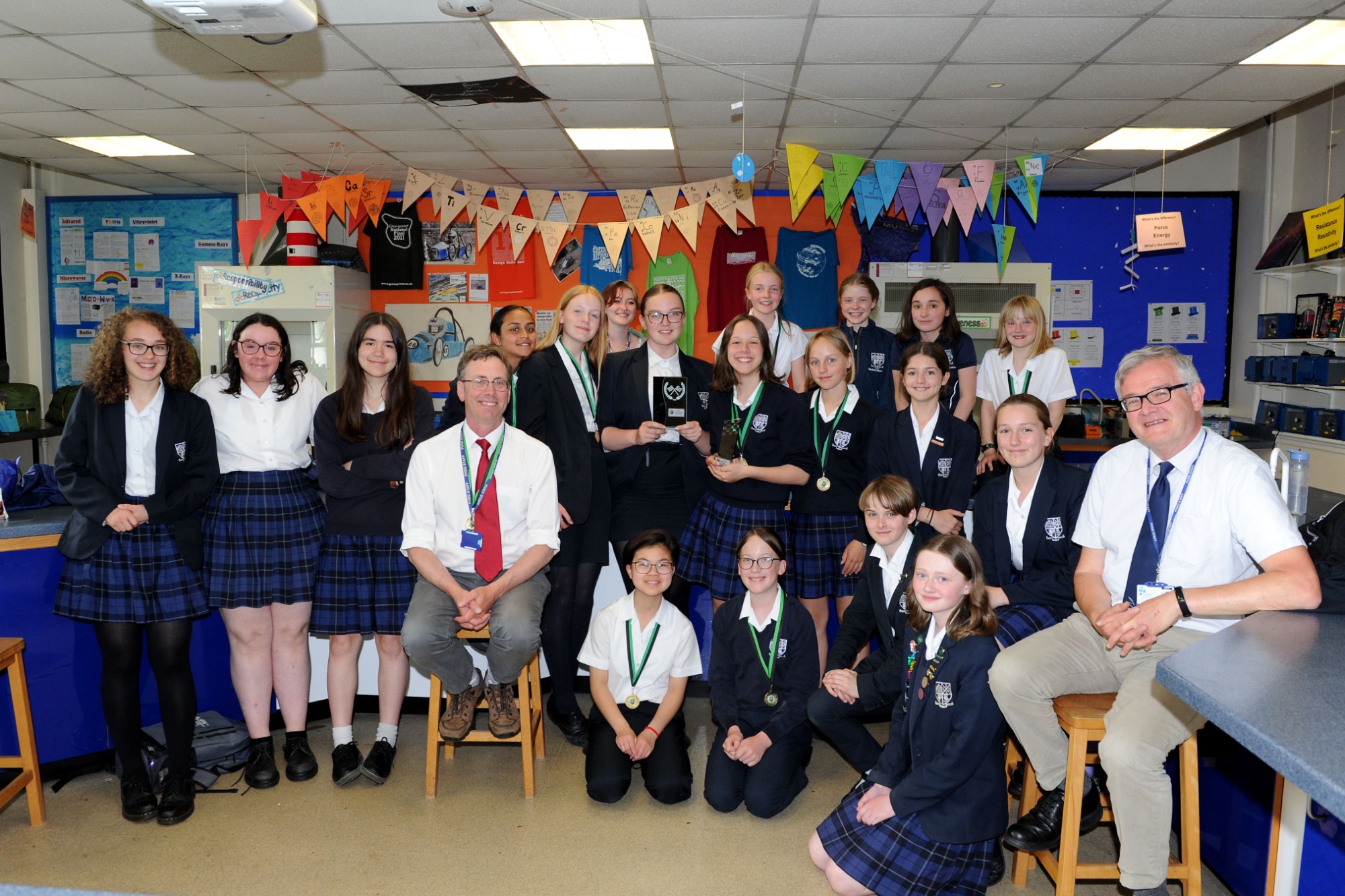 Please visit our gallery for more images of the race day: