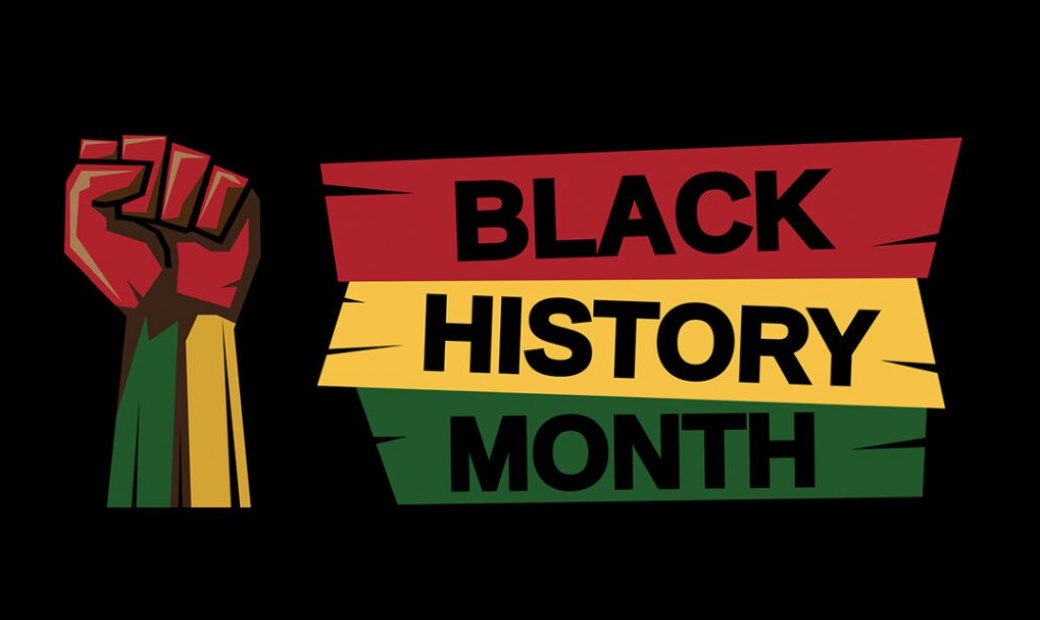 This month, we have been celebrating Black History Month with assemblies, an Art competition, displays around the school, recommended reading, and book reviews.

In 1926, Carter Woodson - who was the son of two black slaves - realised that the history of black people in America, and in the history of other countries, was being ignored or misrepresented, so he began what he called “Negro History Week”. At the time, the word “negro” wasn’t thought to be an offensive word - it just means “black” in Spanish - but since the 1960s, it has fallen out of common use. Many people objected to the word because of its associations with the slave trade, and with terms of abuse.

But Carter Woodson’s original idea lives on in “Black History Month” which has been celebrated across the USA since 1976.

The original goal was to educate everyone about the cultures and achievements of people of African and Caribbean descent. Carter Woodson always hoped that eventually it wouldn’t be necessary to have a special week or month dedicated to Black History because we would be celebrating black people’s history all the time, just as we celebrate the history of white people.

However, in 1987, two men who worked for Greater London Council, called Akyaaba Addai Sebbo and Ken Livingstone, became angry that the diversity in London and across Britain wasn’t fully recognised. They pointed out that the history of black people was all too frequently ignored or forgotten. Sixty years after Carter Woodson’s “Negro History Week” began, there was still a need to raise awareness of black people’s contribution to society, even in a city as multicultural as London. Ken Livingstone - who later became London Mayor - said at the time: “In order to enrich the cultural diversity of the Greater London area, it is imperative that Londoners know more about African influences on medieval and renaissance European music so that accepted ideas about European music is changed. Despite the significant role that Africa and its Diaspora have played in the world civilization since the beginning of time, Africa’s contribution has been omitted or distorted in most history books.”

So Black History Month has been celebrated in the United Kingdom every October since 1987. Across the country thousands of excellent events are organised to educate people about black culture and the achievements of black people in art, science, business, sport... in fact all spheres of life.

Black History Month is viewed by many as simply as a force for good, to encourage diversity and to celebrate the achievements of black people in Britain and across the world. However, every year Black History Month provokes a discussion about the usefulness or appropriateness of dedicating a single month to the history of one group of people, and many writers and journalists have debated the advantages and disadvantages.

Few people suggest that young people do not benefit from having an annual Black History Month, but a number of people argue that such distinction provides an excuse to ignore black people’s history for the other 11 months of the year, or indeed that black history is somehow separate from the rest of UK history The actor Morgan Freeman once said, “Why would you relegate my history to a single month?”

The Importance of Black History Month

Rageh Omaar – now a special correspondent for ITV News - questions whether Black History Month is still relevant. He feels it has lost its importance in modern Britain because it hasn’t moved with the times. He suggests that the month could be developed to cover a wider range of race issues. Rageh also questions what we mean by “black” – do we mean “African”? But does this still represent people from Nigeria, Ethiopia, Eritrea, Somalia and Uganda? What about people from Trinidad?

Darcus Howe is a civil liberties campaigner who argues that, “Black people have never had a history; Black History has been about what the colonial and slave masters did that is history”. He continues to explain that young black people must know where they have come from or else they cannot know where they are going. History should be a critical, not a sentimental understanding of your past. Black History is an attitude, not a month.

Akala - rapper, poet and journalist - shares his views on Black History Month and the general attitude towards Black History.   It’s interesting to see that although most people think that there should be a Black History Month, some people remain concerned that there is still what Akala calls “a massive ignorance” among black people about their own history; and so other cultures and races question why they should take black history seriously when so few black people seem to care about the importance of their own heritage.

Many people argue that Black History Month provides us with a focus to celebrate the achievements of black people from this country and overseas. The black community has used this month to share with the rest of the world the contribution that black people have made to human development.

It is a time to demonstrate pride in, and respect for, the creativity, intellectual achievements and sporting prowess of black people; and a time to celebrate the various cultural identities of people with African and Caribbean roots.

Carter Woodson began his work in 1926 - nearly a century ago - and yet it seems that there is still more work to be done.

Hopefully we will eventually live in a world where people celebrate black history all the time, and not just in October.

If you are interested in finding out more about Black History and Black History Month, there are magazines which are available free from libraries, and from these websites:

And take a look at the official Black History Month website here: