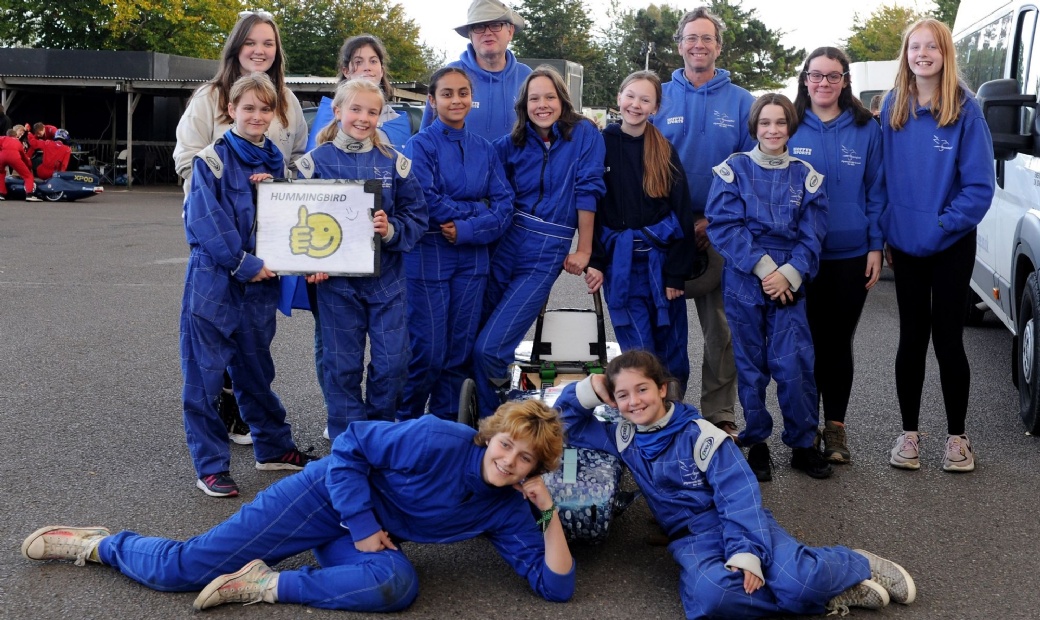 On Sunday the 10th October, Team Hummingbird took to the tracks and competed in the Greenpower Education Trust Formula 24 finals at the legendary Goodwood racing track.

Hummingbird has been racing since 2011 and the team was delighted that they qualified for the finals at Predannack last term, which then gave them the opportunity to race her in the finals for her 10th Anniversary.

Due to the restrictions still in place, the Team had to race with a skeleton crew, with only 12 members attending, stretching across the Driving Team, Pit Crew and Performance Team. With very little funding or sponsorship and 18 months of students being in and out of the classroom, it has meant that there has been little time for the students to improve and work on Hummingbird, as this is normally done during lunchtimes and after-school. The Team have worked tirelessly to prepare for the final, and what a final it was!

After a miserable start to the day, the Team had to overcome the ever-changing variables in the weather, a gear change and some super quick thinking driving to avoid the breakdowns happening on the track. After the practice laps, the Performance Team had to scrap their extended list of pre meditated plans, (ranging from plan A through to plan H!) and opted to think completely out of the box to give Hummingbird the best possible chance in securing their goal of maintaining their position in the top 15.

The Pit Crew worked tirelessly during the break to ensure Hummingbird's batteries were at their optimum level of power and the Drivers listened intently to the new plan and checked through their comms. The final consisted of 4 races where the drivers would need to change in between and the performance team needed to perform complex calculations to plan the race-critical parameters to ensure the maximum performance for the minimum amount of energy.

With over 65 cars from across the country the starting line for the final was extremely tense. There was excitement in the atmosphere, and it was clear how much all the Teams had missed being on the track and were eager to demonstrate the STEM knowledge which they had been studying and implementing into the build of their racing cars throughout the year.

Video of the start of the race 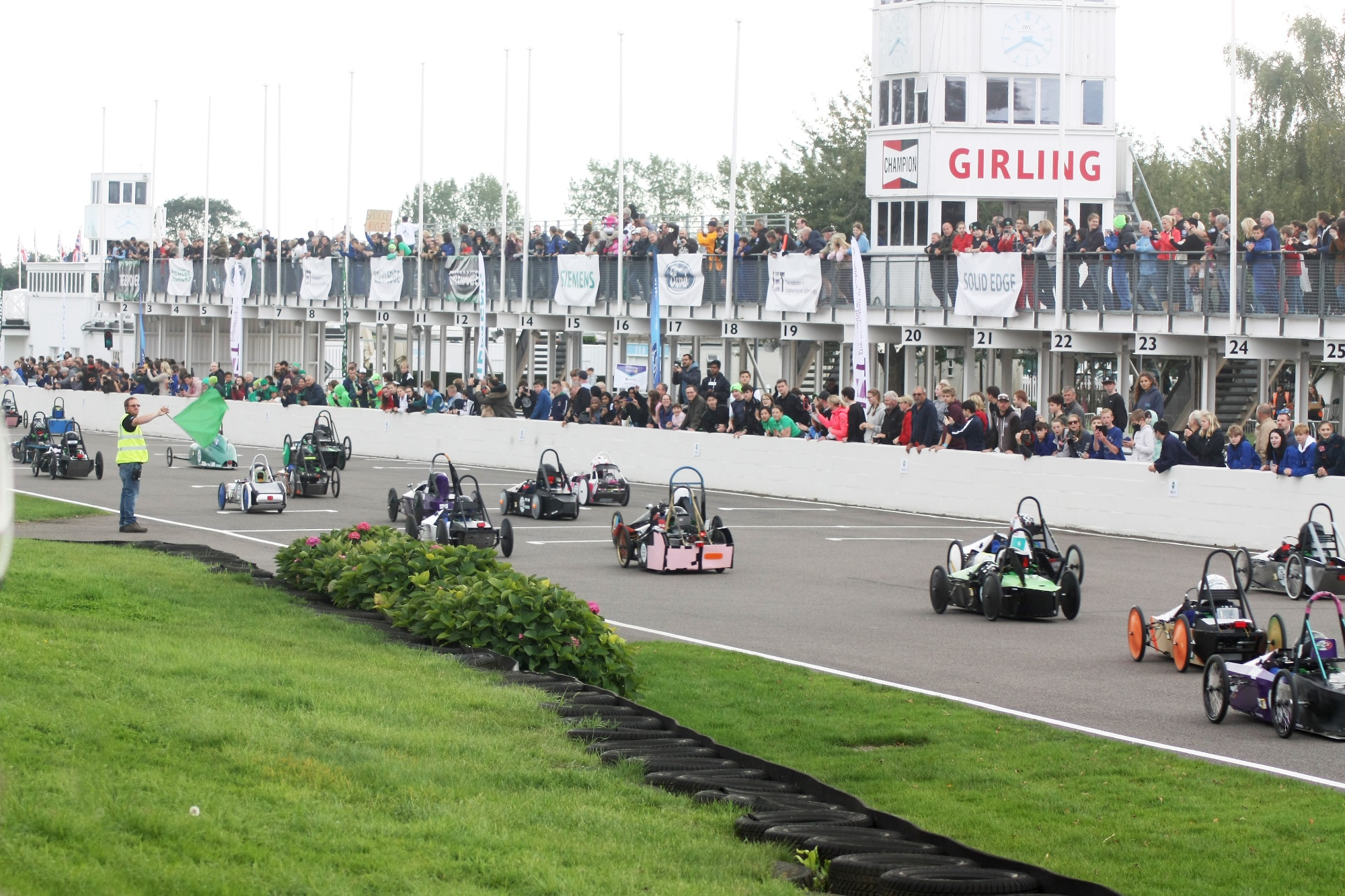 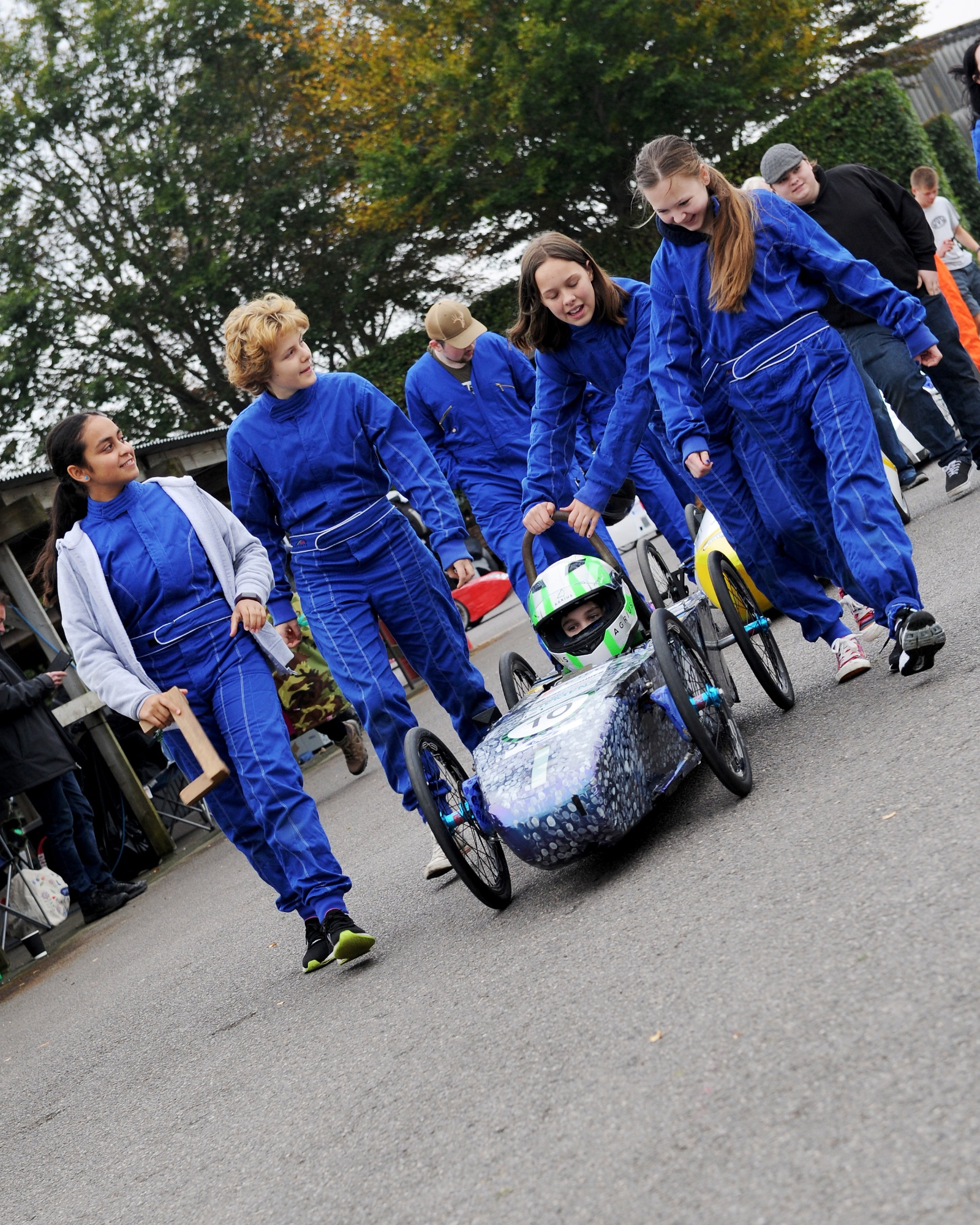 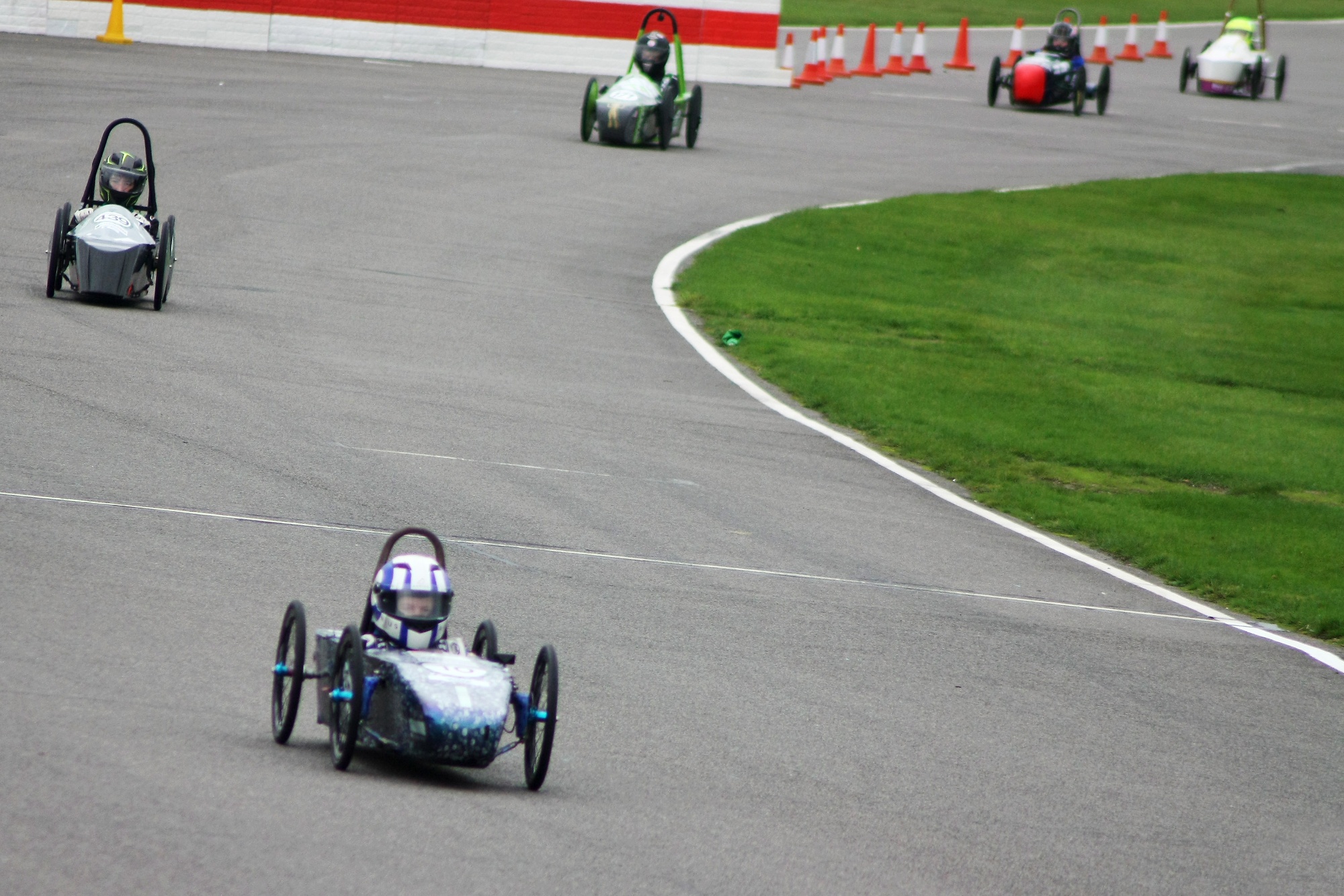 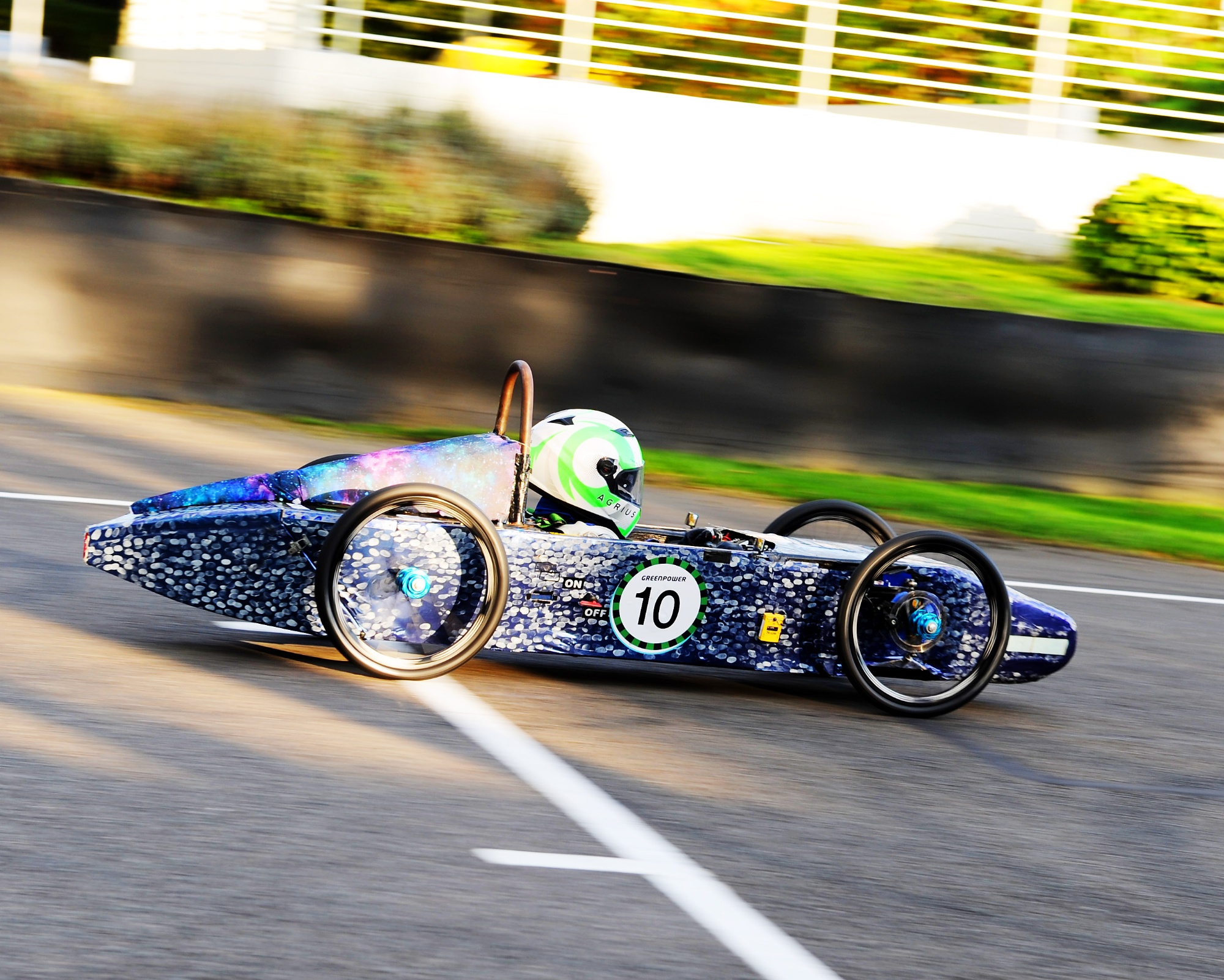 The Team were absolutely amazing, it became very apparent that other teams had recognised that Team Hummingbird had got their calculations correct and the race became very tense in the third round when our divers soon realised they were surrounded by the other external wheel based kit cars, all polling to get as high up the ranking order as possible.

We are delighted that Team Hummingbird achieved 11th position in the final overall, making them the 11th best kit car in the country and number 1 for the Southwest. We are so incredibly proud! 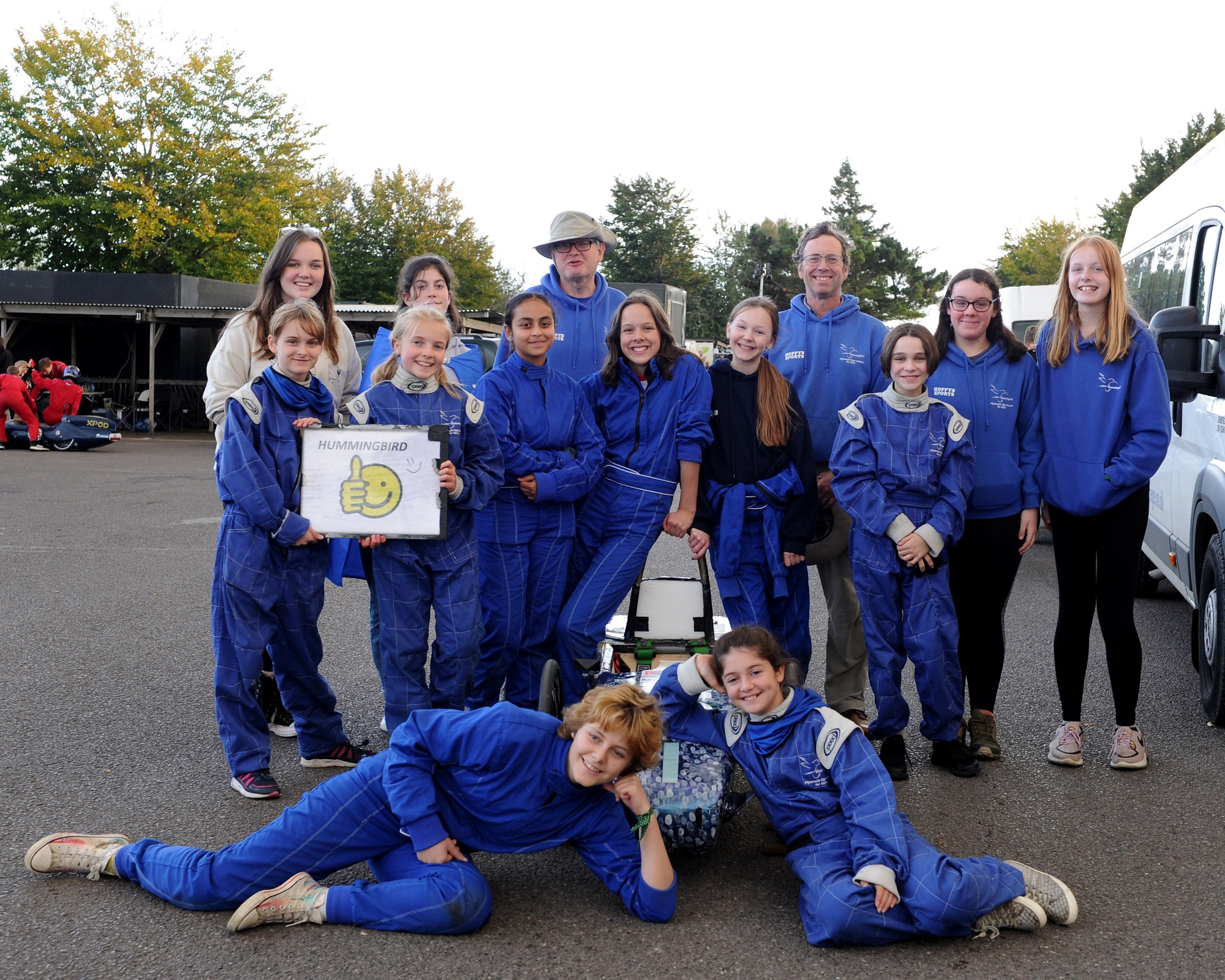 We would like to thank all the students for their resilience and positive attitude, making the Hummingbird Team a force to be reckoned with.

We would also like to thank the staff that volunteer their time to 'make this happen' and provide the students with this opportunity of lifelong experiences. Specifically, to Dr VanEs and Mr Thackray for their expertise and continuous support to the students in their Hummingbird journey. 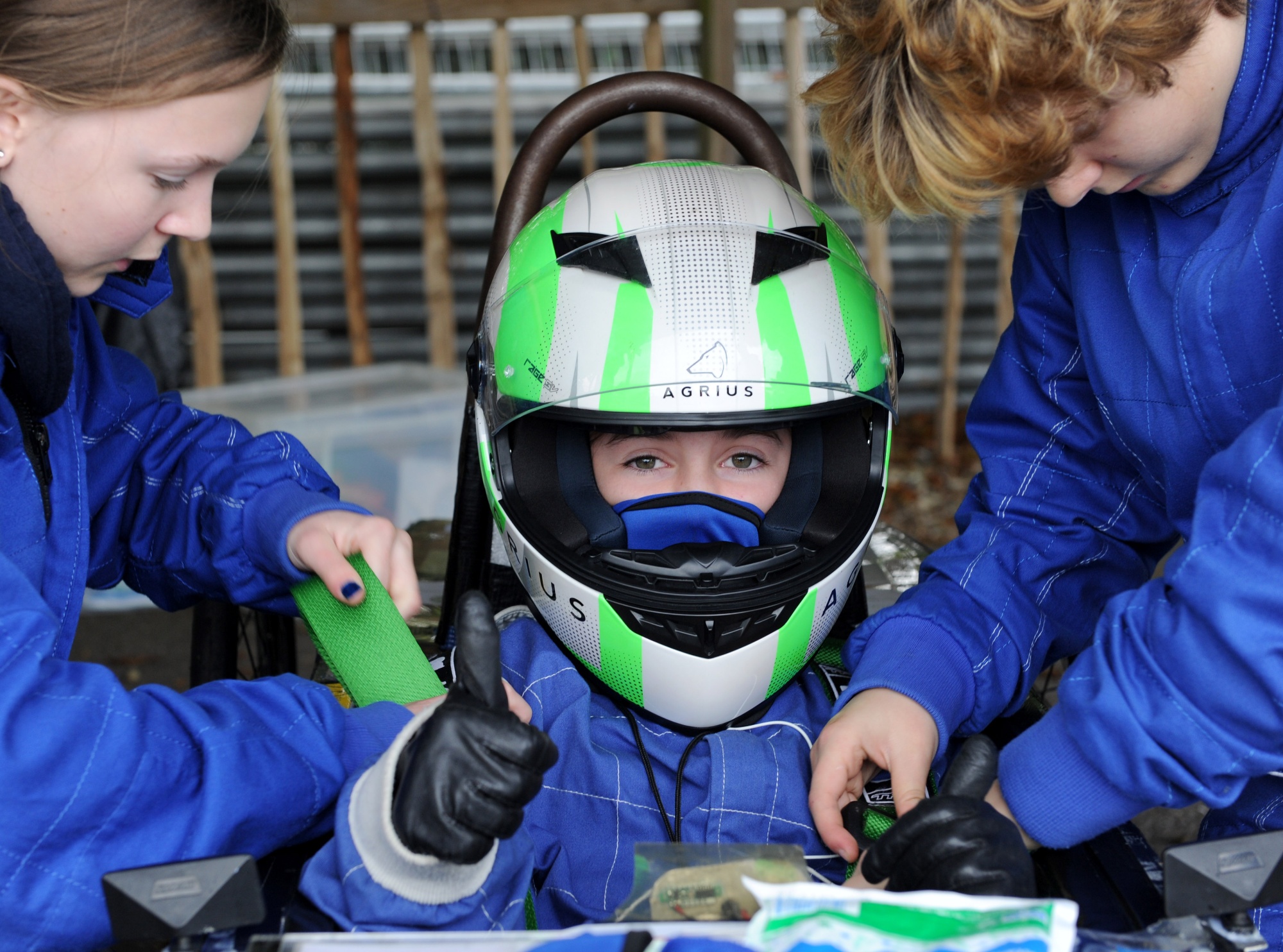 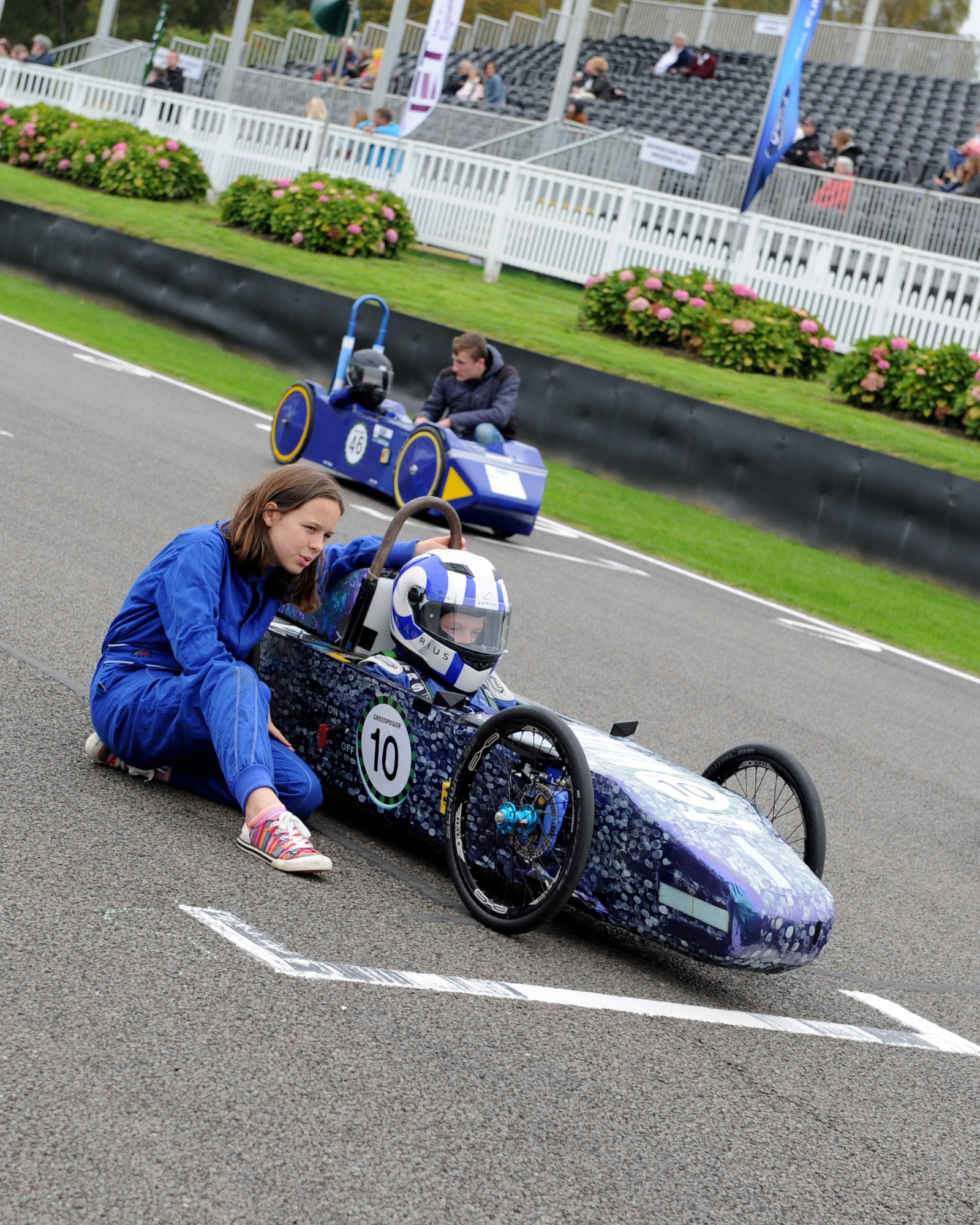 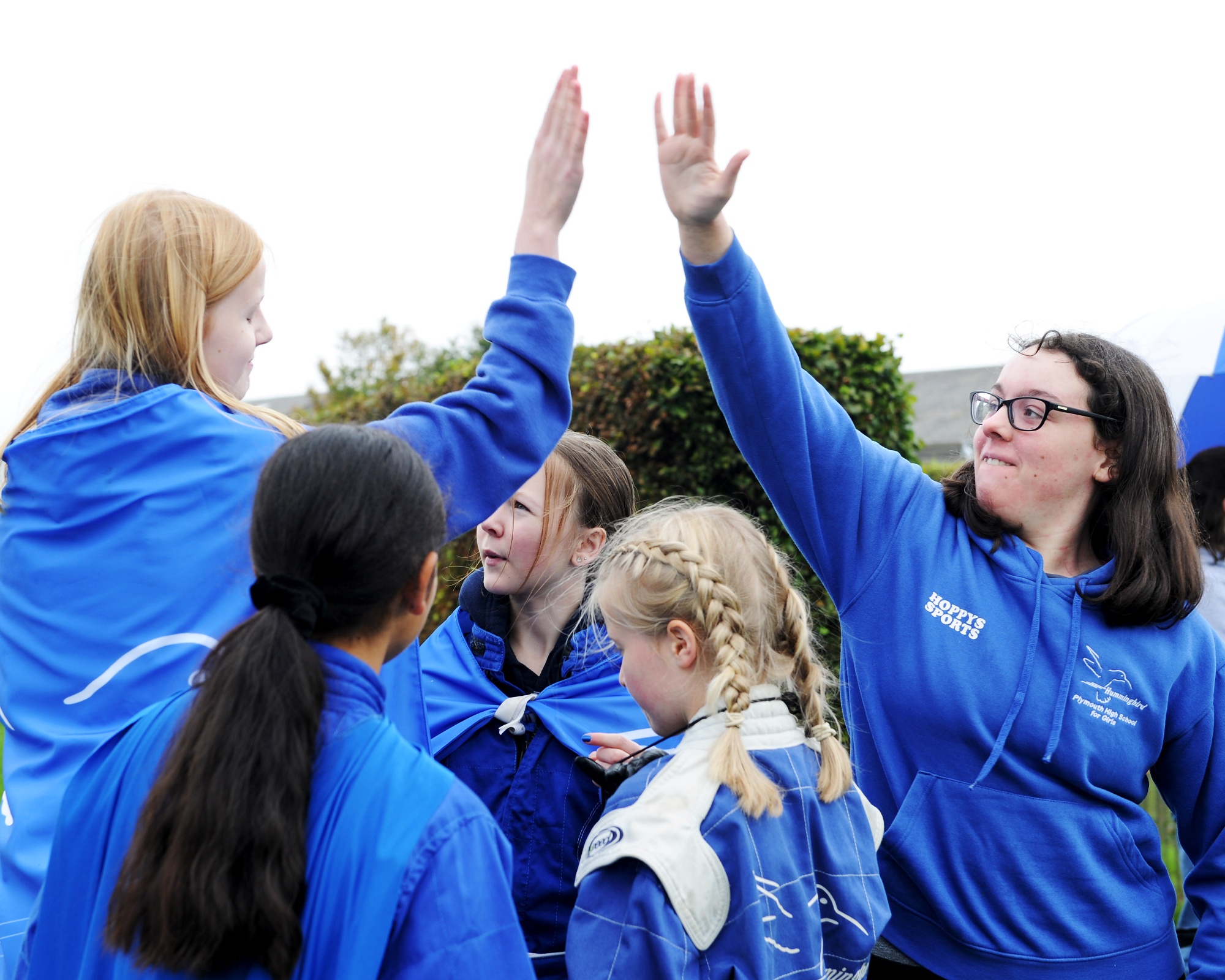